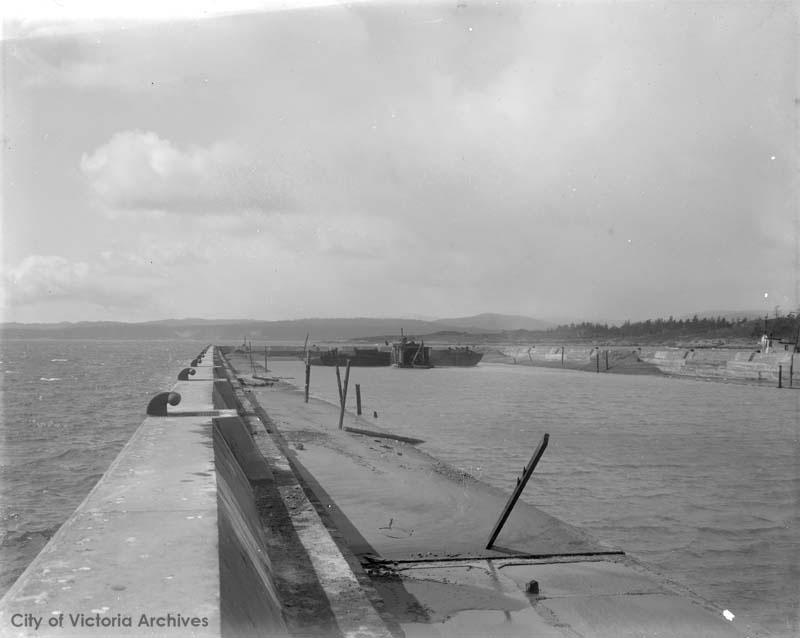 Construction of docks at Ogden Point

Richard Lawrence Pocock was born in London, England on January 9, 1874. He was educated in Somersetshire and Bath Colleges and went on to complete his studies at Pembroke College, Oxford. The son of a London barrister, he trained in the mining profession and worked for several years as a mining engineer in the Kootenays. He arrived in Nelson, British Columbia in 1897. In 1899, he came to the coast to locate timber limits and water rights for the Industrial Power Company. He also staked the Powell River water power project in 1899 and the Clowhom River Project. A few years later he went to Kweichow, China with the Anglo-French Quicksilver Company to mine for mercury. Upon returning to British Columbia, Pocock joined the staff of the Daily Colonist in May 1907. At first he was employed in the business office where he remained for five years working as a cashier. In 1912 he was made staff photographer, magazine, sports and telegraph editor. Holding the last two positions in succession for some twenty four of his thirty-six year career with the newspaper. He wrote for the paper under the nom de plume “Old Stager”. His favorite pastimes included fishing, shooting and golf.